Here are four stories from ministries CAYM has trained since 2005. The lives of these youth were transformed by the grace of God through faithfulness of the program staff and volunteers.

TOO YOUNG TO BE WITHOUT HOPE

A four-year-old boy was about to get kicked out of preschool. Without parents in his life, Sam was out of control. He gave the school no options. Then a teacher suggested mentoring through the Appalachia Mentoring Project (AMP). For four straight weeks, Ken showed up at the school to meet with his little protégé, but the boy refused. The school told Ken that he was wasting his time and to give up. Ken said that CAYM trained him to stick to his commitment, no matter what. Ken’s persistence paid off. Slowly, the boy began to warm up to his mentor.

Eight months later, the district social worker asked the teachers how Sam turned around so dramatically. They pointed to Ken, whom they said made all the difference. Ken had continued to show up until the boy became his friend. The social worker cried and said that she thought this boy was a lost cause. She couldn’t find a reason that he completely turned around during the school year until she learned about a mentor who wouldn’t give up.

CAYM helped develop the Appalachia Mentoring Project, where churches joined together to reach the most vulnerable youth in their communities. Sam is part of the Bell County School system, where we started the first mentoring  ministry. Our second mentoring ministry is in Clay County, which The New York Times reports is the most difficult  place to live in the United States. High poverty, a lack of jobs, and drug addiction plague the region. Sixty percent of  the children in this region live in homes where there are no biological parents, due to drug addiction and abandonment.  The churches are looking to bring hope to an area that is seen as hopeless.

Sam is one child. The AMP team wants to mentor hundreds of youth in the Appalachian region. Residents of Clay County feel that The New York Times labels them as hopeless. The churches believe that with Christ there is always hope.

School was such a challenge for Nicki that it left her two years behind the rest of her peers. Sitting in classes as a thirteen year-old with kids who were much younger discouraged her even further. Students like Nicki are prime candidates to drop out of school.

That’s when a mentor came into her life. Pam was not a prime candidate to spend time with a struggling teenager. She had four teenagers at home along with a two-year-old toddler – all boys. But Pam felt God’s call to reach out beyond her own comfort zone to bring hope into a young life. (Pam may also have been motivated by wanting to escape her male-dominated home to hang out with a girl.) She became Nicki’s friend during the crucial teen years and supported her as her grandfather passed away. She also gave Nicki guidance when her father called her for a first-time conversation. Events like these are often triggers that can upend an already fragile life, but Nicki had the support of a faithful friend.

There were many times when Nicki wanted to quit. Pam not only encouraged her to persevere, she made regular contact with Nicki’s teachers in order to monitor her progress. By the time Nicki reached her senior year, Pam’s teenage crew were adults, and her two-year old was in the third grade. Pam was still there for her mentee.

Nicki made her most crucial life decision during those years. She decided to follow Jesus. She was baptized by Pam’s husband, a pastor in their church in Kansas, and became a member of the congregation.

It can’t be an easy decision to mentor a hurting girl when you have five boys in your own home. Pam made a sacrifice that brought hope into Nicki’s teenage years and led her into a relationship that will provide hope for the rest of her life and beyond. 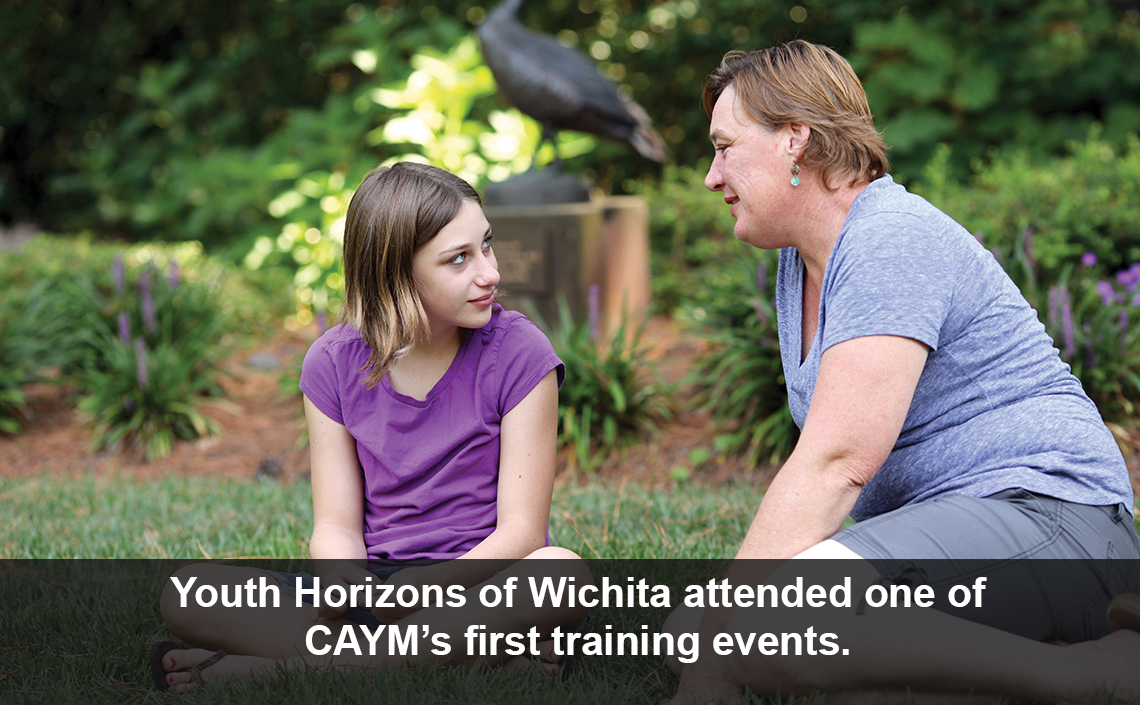 Shepherd Christian Community sits in the middle of the poorest area of Indianapolis, a city where the poverty rate has nearly doubled since 2000. This Nazarene church has a congregation made up mostly of impoverished families in the area. Their innovative programs include an elementary school that helps youth who would otherwise attend underperforming schools served by an overwhelmed staff. They realized that the youth in the school and in the community needed more. Kids growing up without two healthy parents need mentors, especially when faced with multi-generational poverty.

One of the critical factors in breaking the cycle of poverty is when people find they have something to give to others. Before getting a mentor, Jayzon would frequently avoid any tasks beyond the basics needed to survive. After getting a mentor through Shepherd, he set a goal to be more compassionate and more aware of the needs of his neighborhood. But what could one teenager do in a poor, decaying community? 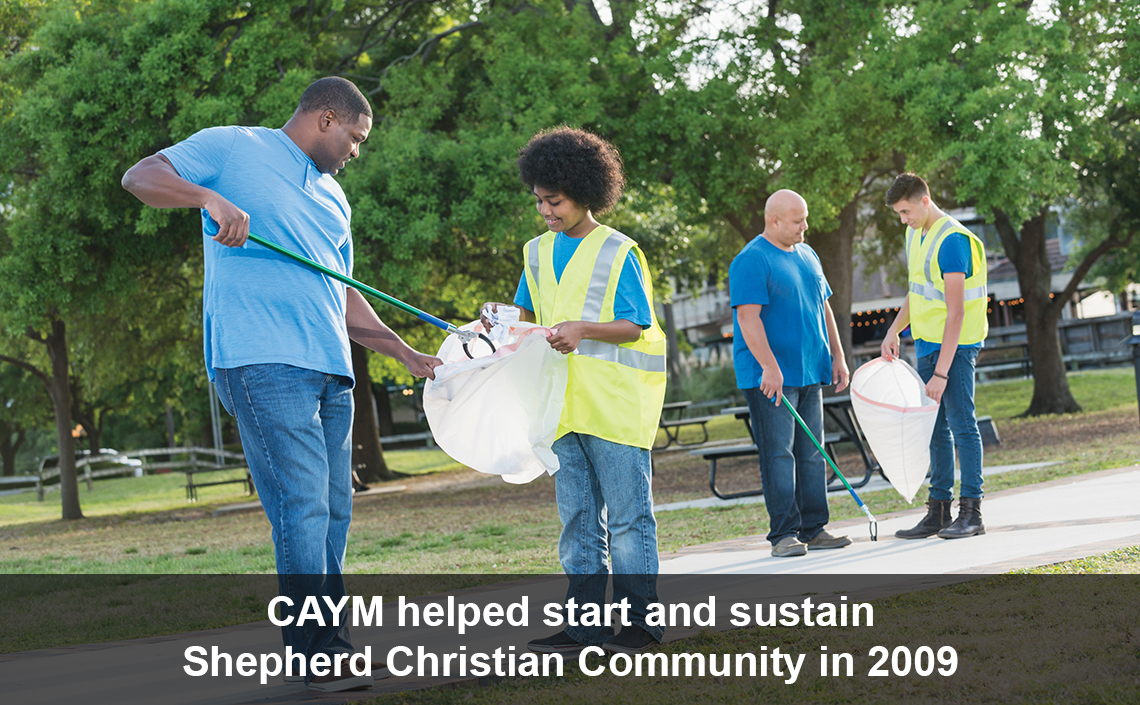 Island Christian Church in New York knew they needed mentors for youth of single moms who attended their church. It’s hard enough to keep kids faithful to the Lord under the best of circumstances, but moms raising children on their own face enormous challenges.

Raymond’s parents divorced when he was too young to understand what was happening to his family. While his mother regularly attended church, his dad couldn’t be bothered. Soon after the divorce, this father also became disinterested in his son. That’s when Steve became Ray’s mentor. They quickly bonded as Ray saw the sincerity and faithfulness of a Christian man who gave freely his time to him, a boy he hardly knew. Ray’s life began to change, and his mother’s burden was lifted.

But a weight was put on his father’s heart. Who was this man befriending his son? Whether it was guilt, jealousy, or a renewed passion of fatherhood, Ray’s dad started to show interest in him. As father and son were reunited, mom and dad were as well. Through counseling at the church, his formerly-disconnected father became connected to Christ, and the couple retied the knot of marriage. Ray had a reunited family with a foundation based on our Savior. It took a church, visionary mentoring leaders, and a faithful mentor to bring hope back to a family. 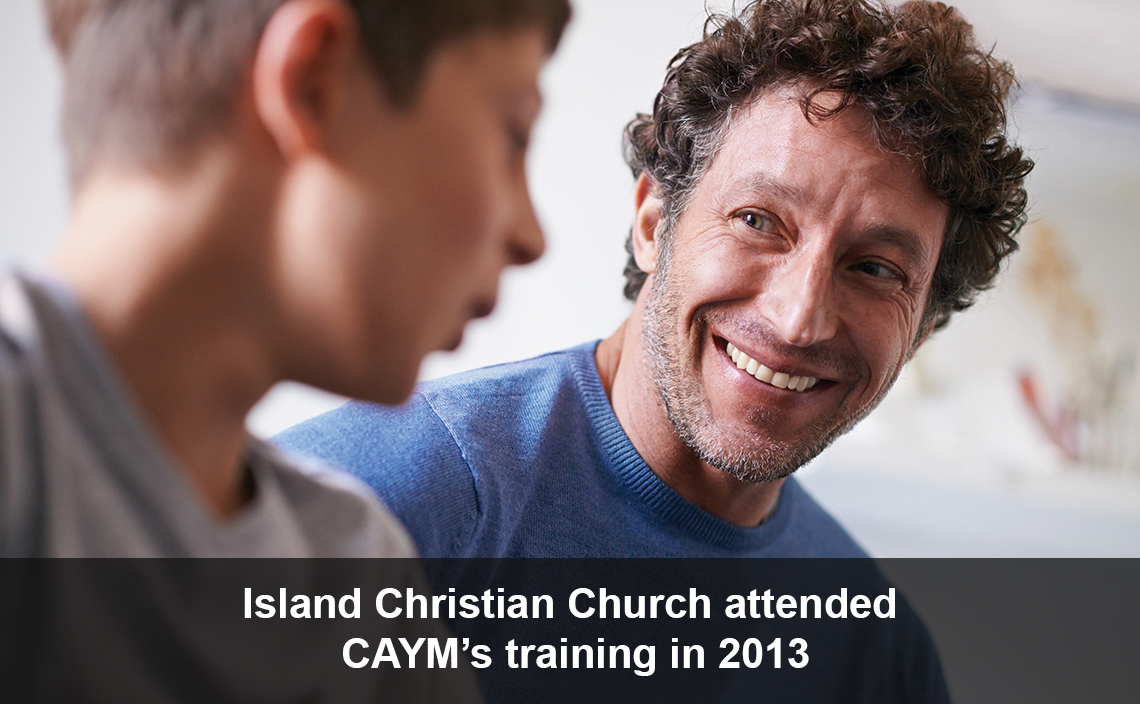